Lewes FC are not just any football club: they play in one of Britain’s greatest football grounds, were saved from bankruptcy by their fans, and in 2017, became the world’s first team to allocate equal resources to their men’s and women’s teams.

It’s for these reasons and more that we’re proud to partner with Lewes FC. To help you understand why we’re so passionate about the club, its community, and its Equality FC initiative, here’s everything you need to know about Lewes FC…

When was Lewes FC formed?

The team initially wore light green shirts, to match their surroundings in the South Downs, but switched to their iconic red and black kit in 1893.

Where does Lewes FC play?

Both teams – Lewes FC women’s and men’s teams – play at the Dripping Pan. The Dripping Pan has been home to Lewes FC since they first formed in 1885, except for a couple of years before World War I, when the team played at the neighbouring Convent Field.

In November 2020, the Dripping Pan was announced as Britain’s Greatest Football Ground in the book ‘British Football Grounds: One Hundred Must-See Football Venues’.

The author of the book, Mike Bayly, explained that the Dripping Pan offered the best mix of location, history, backdrop, friendliness, along with top quality food and drink, saying “the Dripping Pan has all those elements…it’s a fantastic ground”1.

Lewes FC is a fan-owned club and has been since 2010. After the global recession of 2008, Lewes were on the brink of bankruptcy before being saved by a group of six fans who took the club into community ownership.

The Lewes Community Football Club is now part-owned by more than 1,800 members in over 35 countries worldwide 2,3. Lewes’ owners have their say on everything, from voting on new floodlights to electing directors to the club’s board. 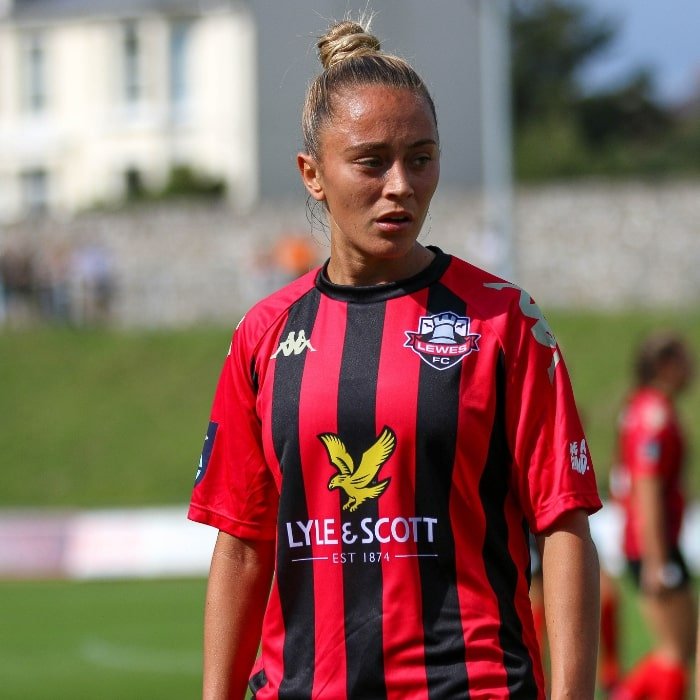 What is the Equality FC initiative?

In 2017, Lewes FC announced their Equality FC initiative, which means that both Lewes FC’s women’s and men’s teams are allocated equal resources.

This progressive approach has seen a huge boost for Lewes FC’s women’s team in terms of attendance. The women’s team now play in the second tier of women’s football – the FA Women’s Championship – where they play iconic teams such as Manchester United, Liverpool and Tottenham Hotspur.

Why did we partner with Lewes FC?

We’ve always believed in community and inclusivity, and so Lewes FC being fan-owned and committed to equality perfectly aligns with our values.

To help Lewes FC’s men’s and women’s teams make Equality FC a new standard in the sport, we offered to invest in their team and show support for everything the club stands for.

As well as taking pride of place on Lewes men’s and women’s shirts, our investment will help to buy new players, encourage newcomers to get involved with grassroots football, and further develop the club’s facilities.

If reading about Lewes FC’s approach to community and equality has inspired you to get involved in football, take a look at our article, which breaks down everything you need to know about getting into grassroots football.

Explore the world of grassroots football, how to take part in football at a local level, and the equipment you need to get started.