Lewes FC Women finished their season with a bang by defeating league champions, Liverpool FC, in a rollicking 2-1 victory in front of a packed-out Dripping Pan on Sunday 1st May.

Here, we recap the feelings in the club heading into the match, the blow by blow on match day, and reflections from the players, the fans, and us – their proud sponsor – as they look forward to building on their success and making a flying start into next season. 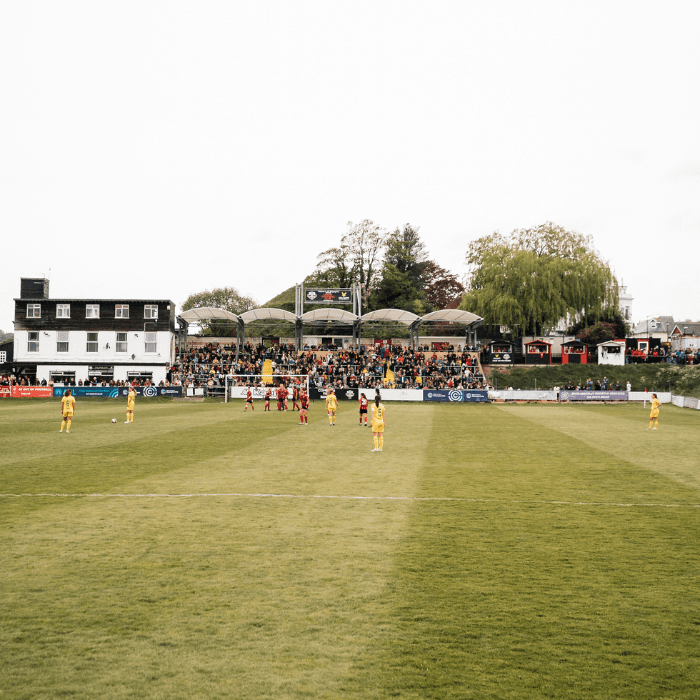 The only way is up

Coming off the back of three consecutive defeats – culminating in a 1-0 defeat away to Coventry – the Rooks felt determined in their final week of training. Lewes FC Women’s Manager, Craig Gill, said that ‘all of the staff and players had worked hard to rectify the areas we needed to work on from the Coventry game’.

The players ‘applied themselves superbly well in training’, but let’s not forget who they were up against: Liverpool were on a staggering twenty-match unbeaten streak and had secured their promotion to the Women’s Super League two weeks before this game – proving themselves to be a tour de force who were keen to end their record-breaking season on a high.

And so, the stage was set: one of the strongest, most well-funded and resourced teams in the country take on the community-owned underdogs on the South Coast – who would come out on top?

Suffice to say, we had a hunch… 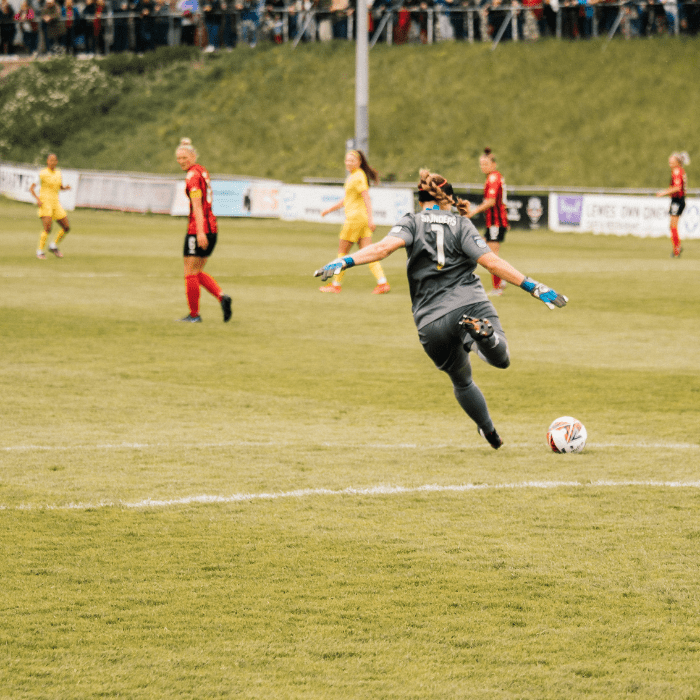 The Dripping Pan was filled to the rafters for this showdown, with 2,347 fans packed into its stands and iconic seaside beach huts. Nerves were high amongst players and fans alike, but so was the excitement, and as the final minutes before kick-off crept by, the atmosphere quickly became electric.

Things didn’t get off to the best start… after a great attempt from Rooks’ attacker Paula Howells came bouncing off the crossbar, Ashley Hudson capitalised on a deft-footed breakaway to put Liverpool in front after 33 minutes. Never knowingly deterred, the Rooks kept up the high press – a central feature of the week’s training – and played their set pieces, dangerous and polished in equal measure.

The fruits of their labour weren’t far away: a minute before the break, midfielder Lucy Porter twisted and turned past two defenders before rocketing forwards into the Reds’ last lines of defence, who had to force a corner to keep her at bay.

With only seconds to go in the first half, Lewes’ attacker Lucy Ashworth-Clifford dropped the ball beautifully into the box, and Timms smashed in a header to level the game. Everything to play for in the second half…

Lewes dominated for much of the second half but weren’t able to convert their hard graft into a much-needed goal, until inspiration struck in the most unlikely of places: a foul on Ellie Noble in the 71st minute gave Tatiana Saunders, the Lewes keeper, the chance to punt the ball back upfield and put some pressure on the Liverpool defence. But, as if by magic, the ball flew deep into Liverpool’s end of the pitch before bouncing right over the fingertips of a devastated Charlotte Cooke and cruising into the Reds’ net.

The crowd, as they say, went wild. And, rightly so, the Rooks do just the same, mobbing their unlikely hero and cementing this as a moment to remember for years to come. Not only did Saunders become Lewes’ star striker, but the ‘keeper also worked tirelessly to keep the Liverpool strikers at bay. This was, without a doubt, her day.

At full time, this left the Rooks eighth in the FA Women’s Championship table, with a total of 29 points from a dramatic season, which had seen the ladies dig deep in their darker moments to round out the season with a day remember – a defiant David vs. Goliath victory over one of the most well-established football institutions in the world. 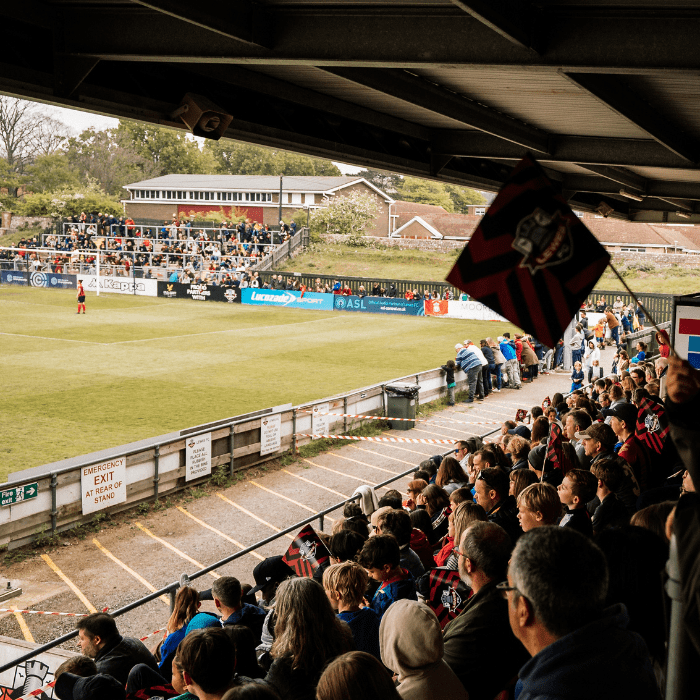 So, where does this leave the Rooks? Departing manager Craig Gill had some reflections: ‘It’s been a great seven months. Having coached women before at youth and senior levels, but never managed a women’s club before, I’ve been so impressed by the application of the players, their ability and their physical prowess’.

‘Their will to win is remarkable. They’ve impressed me on a daily basis – and I’ve said that probably every week I’ve been here! Their attitude and application, their willingness to learn, it’s been one of the biggest things about my experience here.’

Gill says he leaves the club with pride after witnessing the passion and commitment of the players over the past seven months. And we, their very proud sponsor, can attest to this. Perhaps the best part of this whole day was seeing the legion of young female fans standing on the sidelines supporting their team, waving their flags, consumed by the thrill of the day.

This is what Lewes FC is all about, and it’s why we chose to start working with them over 18 months ago: they’re a club run by the community, for the community. A club that provides equal time and resources for their women’s and men’s teams. A club that will, undoubtedly, be at the forefront of Women’s football for years to come, and not just inspiring the next generation of female players to lace up their boots and take to the pitch, but inspiring them to do whatever they like, wherever life may take them, in the knowledge that an underdog can always become a champion, just as long as it keeps its community close.

We wish the Rooks the best of luck for next season – we can’t wait to see what they’ve got in store next.

Explore our latest pieces of premium clothing, including exclusives you won’t find anywhere else by clicking below.

Discover Everything You Need to Know About Lewes FC, including why we partnered with the club and who owns them by clicking the link below.

Explore the history of Lewes FC’s men’s and women’s teams and their Equality FC initiative.

How to Build a Capsule Wardrobe

Lyle & Scott Collaborations Through the Years

Borrowed From the Boys